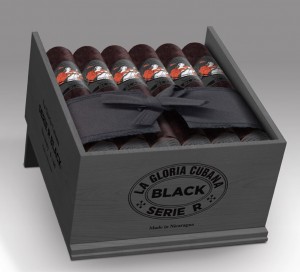 La Gloria CubanaÂ® is making a bold departure from its Dominican roots with the launch of two new Nicaraguan collections, the first-ever La Glorias to have Nicaragua as the country of origin. Both expressions will mark the expansion of the top-selling Serie R line which started the large ring, full flavor craze back in 1999.

According to Michael Giannini, General Cigarâ€™s director of innovation, â€œWhen Serie R debuted, we established a market for bold cigars, and inspired other manufacturers to follow suit. Weâ€™re shaking things up again, by further expanding the size and flavor spectrum of our cigars with two unique and different full-flavored Nicaraguan blends, each in ultra-large ring gauges. Both new collections are trend setters in the making.â€

Giannini noted, â€œWhatâ€™s also significant about both new blends is that they have the full flavor thatâ€™s characteristic of Nicaraguan tobacco, but theyâ€™re not about power. They are meant to deliver the smoking experience of a well-aged, refined and balanced Nicaraguan smoke, and we believe weâ€™re delivering that in spades.â€