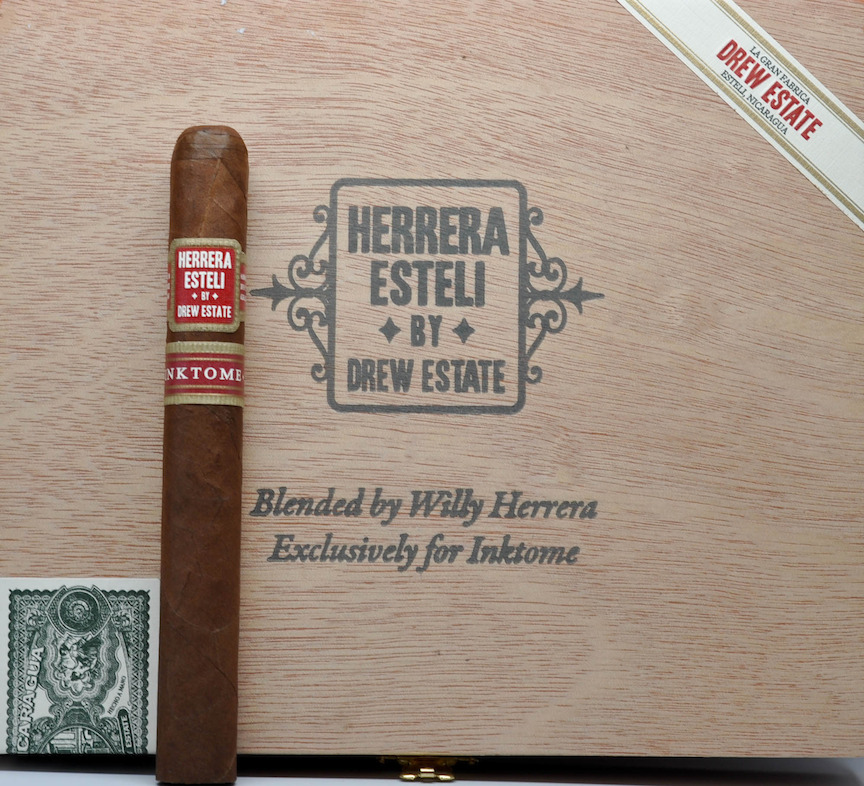 Thursday, June 9, 2016 — Miami, FL – Drew Estate announced today that they would be releasing a new blend within their Herrera Estelí line. The new cigar will be available exclusively for Small Batch Cigar, also known as Maxamar Ultimate Cigars.

The new Herrera Estelí Inktome will be presented in a 6 x 46 box-pressed Corona Gorda vitola and will be packaged in 10-count boxes. The blend showcases extensively aged tobaccos from the Estelí and Jalapa growing regions of Nicaragua, with a spicy Honduran Binder and a higher priming Ecuadorian Habano Wrapper than the core Herrera Estelí line. The result is a darker, richer wrapper. The MSRP will be $12.00, and the cigars will be released at tonight’s event at Maxamar Ultimate Cigars with Willy Herrera present.

When asked about the new cigar, Drew Estate Master Blender Willy Herrera stated that, “I like to read cigar forums and blogs for inspiration on new sizes. Adjusting blends based on new sizes is something that I enjoy doing at the factory because it challenges my palette to keep the blends balanced and aligned within the portfolio. I was reading on Reddit that consumers wanted to see a Herrera Estelí in a Norteño format. Something that was simple, yet different.”