Posted on: May 1st, 2019 by Blake Diehl
Comments Requested 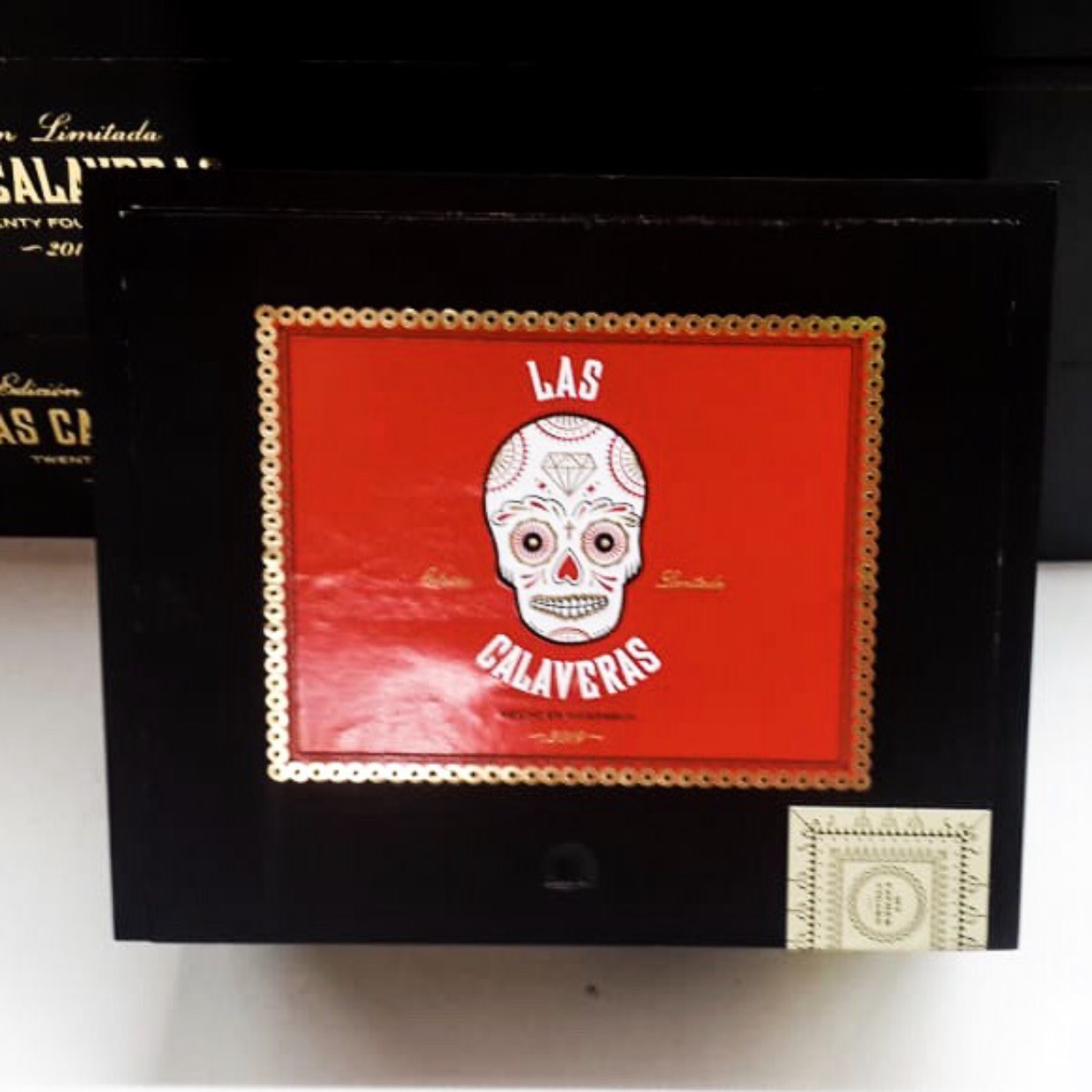 Crowned Heads is proud to announce Las Calaveras EL 2019, the sixth installment to the highly anticipated annual release from the Nashville-based company.

Introduced in 2014, Las Calaveras was created as a tribute to those who have passed away in the previous year, and is intended to be a celebration of lives and remembrances, rather than a mournful symbol of sadness and death. Traditionally, each Las Calaveras cigar band contained

the initials of four different individuals, each embossed on one of the four gold coins on the sides of each band. For the first time, however, this year’s Las Calaveras cigar band carries the initials of one individual only, i.e., Cano Ozgener (CO), who founded CAO International in 1968. “When Cano passed on June 9 of last year,” commented Jon Huber, Crowned Heads co founder, “the cigar industry lost a true trailblazer and innovator, and I lost a mentor, friend, and father-figure. He meant so much to us here at Crowned Heads and he touched the lives of far too many to mention. His legacy lives on not only in the cigar business, but in the lives of those whom he came in contact with during his lifetime.”

Also for the first time since 2014, the Las Calaveras EL 2019 blend features a Habano (Oscuro) wrapper which completes a blend of all Nicaraguan binder and filler tobaccos. The flavor profile may be described as medium-full to full-bodied, and exhibits not only intensity and structure, but balance, complexity and finesse, as well. Las Calaveras EL 2019 will be offered in three vitolas, along with a 4-cigar sampler which will include one of each vitola along with a sampler-exclusive cigar (6 1/8″ x 52 Torpedo). The suggested retail price range per cigar will be $10.50 to $12.95.