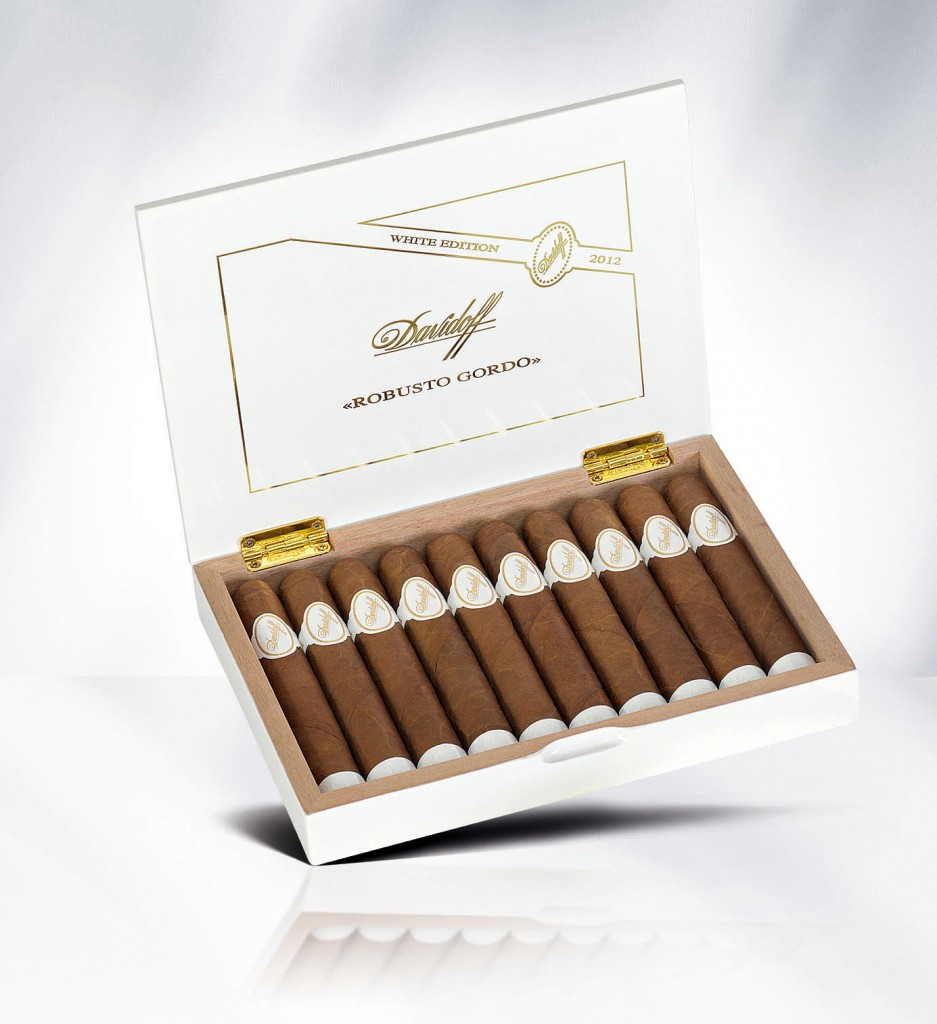 The smoking pleasure they afford and their stylish appearance make the Davidoff Limited Edition 2012 a collectorâ€™s item for cigar aficionados and lovers of sophisticated design.

Davidoff is presenting its limited edition in the form of an elegant â€œWhite Editionâ€ for the second time. The cigarâ€™s dark wrapper leaf gives the perfect contrast to the white band with classic Davidoff lettering in gold. In addition to the main band, the cigar bears a white band at the foot with a discreet mother-of-pearl inscription â€œ2012â€. The special Robusto Gordo format also lends the cigar a harmonious appearance.

A strong and full-bodied taste is the hallmark of the Davidoff â€œWhite Editionâ€ 2012. Filler
tobaccos from a number of different growing regions in the Dominican Republic were
matured over six years before finally being brought together to form this special vintage. Due to the addition of the Piloto binder leaf and choice Dominican Criollo wrapper leaf, smokers will be delighted by the aromatic and complex notes in the finish.