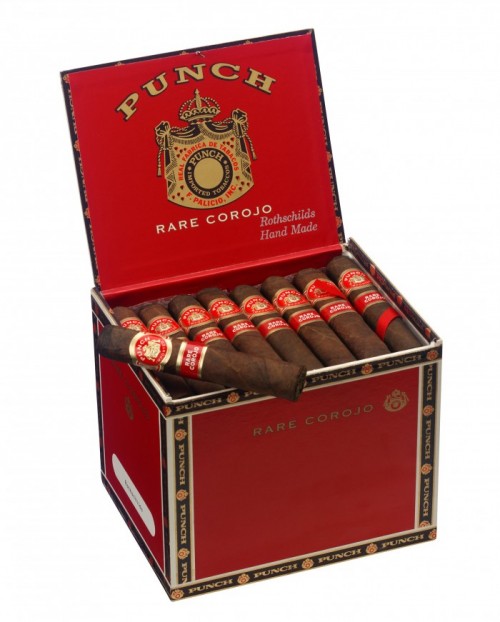 General Cigar announces that Punch Rare Corojo will be offered for a limited time, starting today and ending on May 31, 2012, while supplies last. Seven frontmarks will be available, ranging in price from $3.59 to $6.49 per cigar (SRP).

A very limited supply of the Punch Rare Corojo 10th Anniversary edition (5” x 50, SRP $6.99 per cigar) will also be available for sale during the same period, or until the limited quantity is depleted.

Both Punch Rare Corojo and the 10th Anniversary edition are filled with a blend of Dominican, Honduran and Nicaraguan tobaccos, and are bound with Connecticut Broadleaf; however, each has a unique wrapper.

Punch Rare Corojo cigars are made with a special, extra rich, dark Sumatra wrapper cultivated in the mountains of Ecuador. Grown only in limited quantity, these rare, reddish leaves give Punch Rare Corojo its uniquely smooth taste.

The 10th Anniversary blend was released in 2011 and features a rare Connecticut Corojo wrapper.

Photos of Punch Rare Corojo are attached. Pls see the attached zip file for photos of the 10th Anniversary edition.