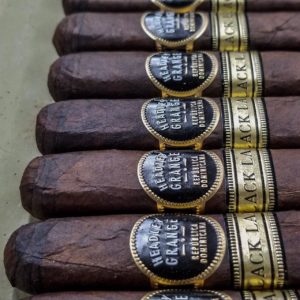 As the story has been previously told, the Headley Grange blend was sonically inspired, specifically by the steady, heavy sound of John Bonham’s drums recording at Headley Grange. Headley Grange was the former poorhouse built in 1795 (East Hampshire, England, UK) converted to a recording studio where Led Zeppelin IV was recorded.  The Led Zeppelin, “Black Dog,” which like “Stairway to Heaven,” appeared on Led Zeppelin IV, was named after a black Labrador Retriever which was found hanging around Headley Grange during recording.