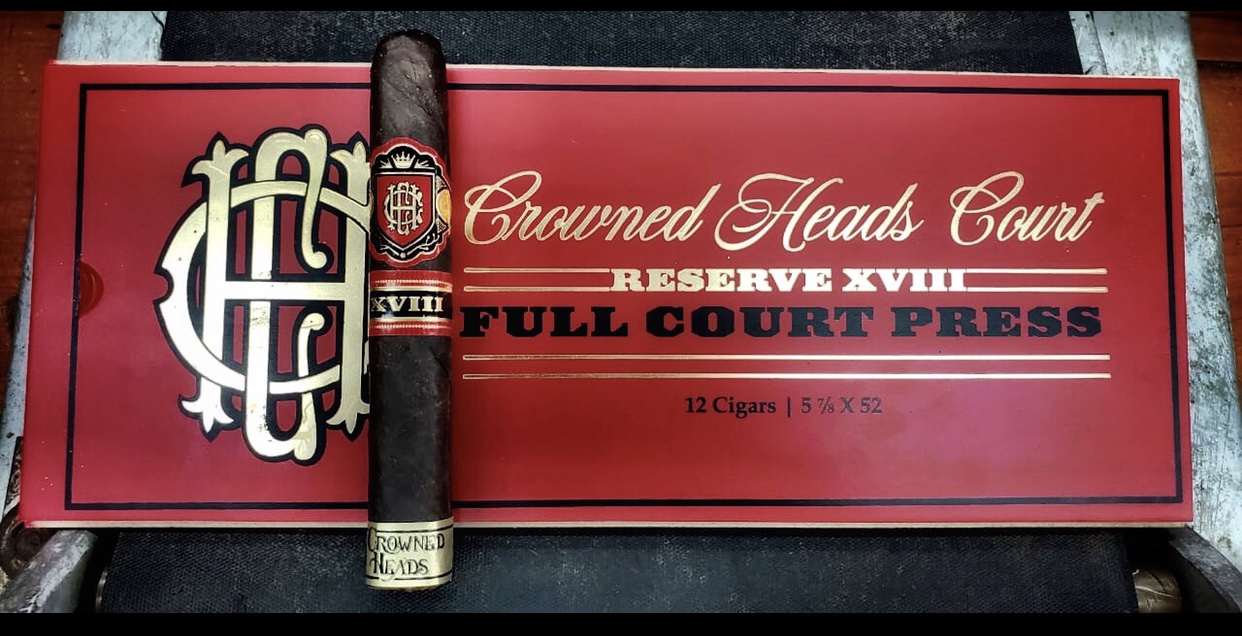 In 2018, Crowned Heads released a brand inspired by and dedicated to its loyalists (the Crowned Heads ‘Court’) known as CHC Reserve XVIII.

CHC Reserve XVIII went on to receive high accolades (including a ’91’ rating via halfwhee , and was included in numerous ‘Best Cigars of 2018’  lists amongst  the cigar enthusiast blogosphere. Now as the end of 2019 is in sight, Crowned Heads is pleased to announce a limited edition follow-up to that original release, once again dedicated to the ‘Crowned Heads Court:’ “CHC Reserve XVIII Full Court Press LE 2019.”

CHC Reserve XVIII Full Court Press features the original CHC Reserve XVIII blend in a 5 7/8″ x 52 box-pressed vitola. The resulting smoking experience is a rich yet accessible mediumÂ­ bodied expression that exudes a multi-layered flavor profile with hallmark balance. “The idea came to me last May during the NBA playoffs,” commented Crowned Heads co-owner/ founder, Jon Huber. “Initially, I tossed the name out there somewhat as a corny double entendre, but the more I thought about it the more I liked the idea of releasing a box-pressed expression of CHC Reserve. Once I smoked the sample it was a no-brainer to go to production.”

This limited release cigar is manufactured at Tabacalera La Alianza, S.A. (Santiago, Dominican Republic) under the supervision of industry icon, Ernesto Perez-Carrillo. Production is limited to 1700 (12-count} boxes, i.e., 20,400 total cigars with a suggested retail price of $11.95 per cigar.